This home is in a well established neighborhood with so much to offer and move in ready; features 4 bedrooms 1 is used as sitting room with a spacious closet; 2 very nice updated bathrooms; master bedroom and 2 others have carpet; living room has woo 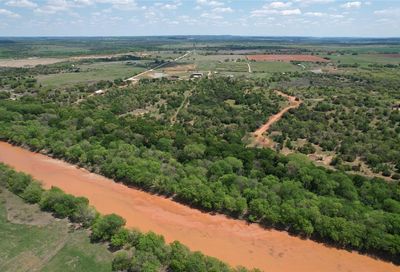 Versatile acreage just a few minutes from downtown Graham, property has 253' of road frontage off of 1287 & access from Berry Ln., The land showcases great diversity throughout from level cleared pasture to hardwood bottoms towards the river offering 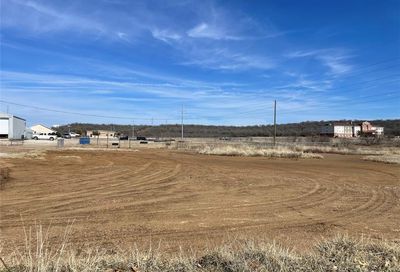 Nice solid home in a quiet neighborhood on a quiet street. Both bedrooms have spacious walk in closets. Garage could be converted to a third bedroom or just extra living space. Brand new roof installed in November 2022. Recently painted inside, new t 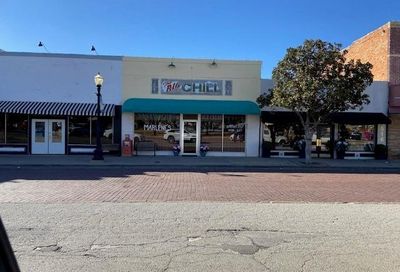 Here is your chance to own a piece of Americana. Constructed in 1940, Marlene's has been serving breakfast and lunch for over 23 years in the same location. A large open space with soda fountain still intact. The restaurant is a popular breakfast and 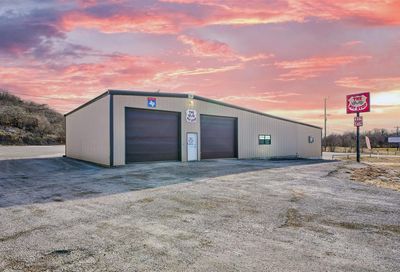 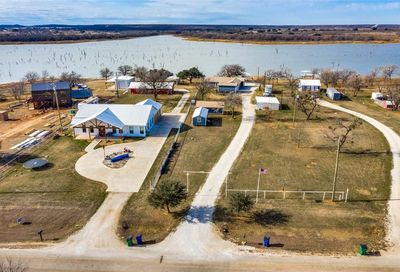 Relax where you live in this warm and inviting lakefront property! Nestled on a 1.29-acre lot, this custom built 3-bedroom, 2-bathroom home is perfect for a primary residence or weekend getaways! Enjoy waterfront living from your oversized porch, lar 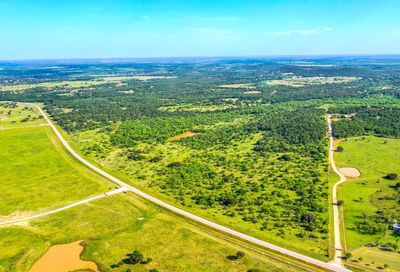 140 Acres of varied terrain with a great mixtures of hardwoods. This parcel makes a great hunting property and good native grasses make it a good cattle place as well. There are two nice sized ponds, a great set of cattle pens, good fences and a Fo 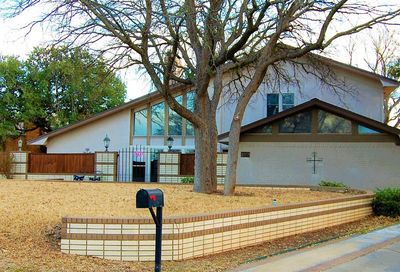 This beautiful contemporary style home has a large, open living area with a dramatic cathedral ceiling with huge windows overlooking the entry and the front courtyard area. The home has 4 bedrooms, 2 living areas, dining room, 2.5 bath and a very la 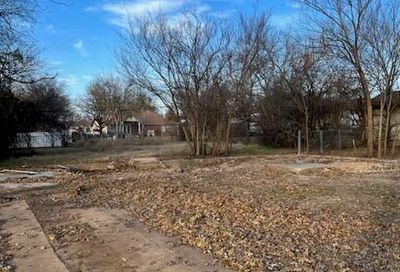 This vacant lot is in the city limits and close to schools, shopping and downtown. It would be a great space for new residential home. The lot is 87X168 and has lines run for all utilities and is partially fenced. Beautiful and recently cleared .28 acre lot in a great neighborhood in Graham; A few trees remain in the front of this lot and it is level and ready for your brand new custom built dream home! Located just off of Pine Tree Road near Walmart, Graham 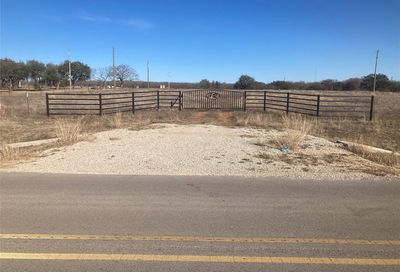 Country living near city conveniences! This is a highly desirable location. Only minutes from town with your own piece of Texas. Already has a front entrance with culverts in place. Land has been cleared off and brush piles burned. Brand new 5 s 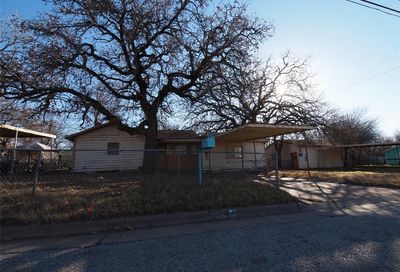 Charming three bedroom, two bathroom home with beautiful trees in a settled neighborhood. Check out the spacious workshop on concrete slab with electricity and lots of covered carport space! Near Crestview Elementary, shopping and churches. The livi 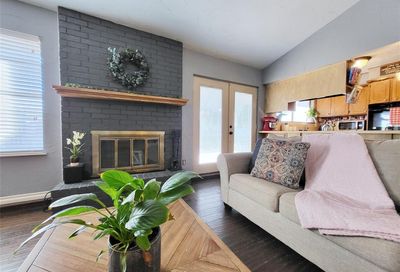 Welcome home to this absolutely adorable home sitting on a large yard boasting a grand double door entry with a courtyard in an established neighborhood! Step into your new home and enjoy the sleek wood floors, vaulted ceilings, open floorplan & woo 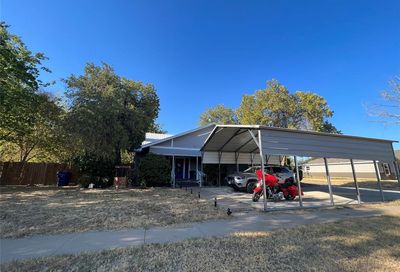 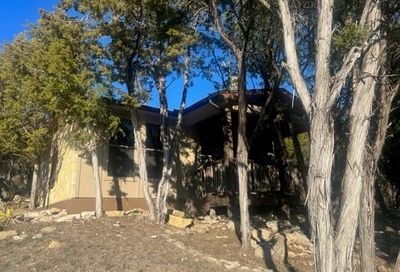 Move-in ready home on a corner lot that sits on almost half of an acre. Desirable location in a family friendly neighborhood. Open concept floor plan in the living room, kitchen, and dining area. Quartz countertops in the kitchen with large windows t 2-2 Bedroom 1 bath plus half bath homes on a nice lots with the other single bedroom homes one bath need some tlc but alot of potential. Carport for two parking. Surround with nice big shade trees close to schools. would be good for multi families

The Graham Texas site was first settled in 1871 by brothers G.A. and E.S. Graham, primary shareholders in the Texas Emigration and Land Company of Louisville, Kentucky. The brothers moved to Texas after the Civil War, and after buying 125,000 acres in then-vast Young County, helped to revitalize the area, the population of which had become badly depleted during the war. The Grahams purchased a local saltworks in 1872, and after new families started to arrive, began promoting the sale of homesites. A post office opened in 1873, and after Young County reorganized the following year, Graham became the county seat. The town’s newspaper, known as the Leader and still in existence today, was first printed in 1876, the same year that the first temporary courthouse was built. Other businesses from these early years included a gristmill, sawmill, cotton gin, a brick kiln, two hotels, and several stores.

On February 15, 1877 the city was the site of the organizational meeting of the group that became the Texas and Southwestern Cattle Raisers Association, created to police ranching and put a stop to cattle rustling. Founding officers included pioneer ranchers James C. Loving (son of Oliver Loving), Col. C.L. (Kit) Carter, and C.C. Slaughter. A three-story limestone courthouse was built in 1884, and though it was razed in the early 1930s to make way for the present-day courthouse, the 1884 structure’s east door still stands on the courthouse square. From 1879-1896, Graham was the seat of a Federal District Court overseen by Dr. J.E. Ryus; his jurisdiction extended over all of Texas north and west to New Mexico. By 1900, Graham had incorporated as a town, and railroad service began in 1903 when the Chicago, Rock Island and Texas line arrived from Fort Worth. The town’s population grew slowly until 1917, when oil was discovered nearby; the population tripled from 878 in 1900 to 2,544 in 1920. By 1966, Graham had seventeen churches, seven schools, a hospital, a radio station, two libraries, three parks, and two newspapers. The population peaked at 9,170 in 1980 and has since gradually declined; it was 8,716 at the 2000 census and 8,518 by the July 2007 estimate

According to a mural on the courthouse depicting the arrival of the Graham brothers, the town square is physically the largest of any in the country. Graham is also one of only a handful of towns in Texas still to have an operational drive-in theater.

According to the United States Census Bureau, the city has a total area of 5.5 square miles (14.2 km2),and The Twin Mountains are the dominant physical landmark of the city.

Graham is located near the western edge of the Palo Pinto Mountains.

The City of Graham is served by the Graham Independent School District. It is also served by Open Door Christian School, for Preschool 4 through junior high school.

Young County was named for Col. William C. Young. It covers 919 square miles of hilly country with elevations from 1,000 to 1,300 feet. Young County is drained by Lake Graham, near the center of the county, and by the Brazos River, which forms Possum Kingdom Lake in the southeastern part of Young County.
Spanish explorers Diego Ortiz Parrilla and Pedro Vial were the first to call attention to the Young County area. In 1759 Parrilla crossed the northwest corner of what is now Young County en route to the Taovaya Indian The county was included in the Peters colony, a Mexican land grant made in 1841. The United States Army established Fort Belknap on the Red Fork of the Brazos River where eventually the town of Belknap grew up. Fort Belknap became one of the largest and most important military posts in North Texas prior to the Civil War. Young County was established by the Texas legislature in 1856 from lands formerly assigned to Bosque and Fannin counties. The town of Belknap was chosen as the Young County seat and was a stop on the Butterfield Overland Mail route. Young Counties early years were marred by conflicts between Indians and white settlers in the region. The Brazos Reservation, originally 18,576 acres, was doubled in size to make room for other western Indian tribes. Among the 2,000 Indians living there were Caddos, Anadarkos, Wacos, and Tonkawas, each with their own villages and all relieved to have protection from the Comanches. Some Indians served as scouts for the army and Texas Rangersqv against warring tribes. Neighboring whites objected to Indians” military duties and blamed any area trouble on the Indians.Racial antagonisms forced Governor Hardin R. Runnels and Gen. Sam Houston to ask the federal government to move the reservation Indians from Texas. The Indians were removed to Indian Territory in July. Some months later most were slaughtered by Comanches.

By 1860 the United States Census counted 592 people, including ninety-three slaves, living in Young County. Though Confederate soldiers held Fort Belknap during the Civil War, Indian problems led many of the original settlers to abandon the area. In 1865 the county”s government was dissolved, and the area was attached to neighboring Jack County. Fort Belknap was reoccupied by federal troops in 1867, but by 1870 there were only 139 people, including four blacks, living in the county. After the federal government redoubled its efforts to suppress Indian activity in the region, the area again began to attract settlers, especially after the lands of the Brazos Indian Reservation were opened to settlement in 1873.

The county was reorganized in 1874, and the county records were brought back from Jacksboro. This time the new town of Graham, platted in 1873, was chosen as the county seat. Meanwhile, cattle ranching remained important to the economy. Stockmen gathered at Graham in 1877 to form the Stock-Raisers” Association of North-West Texas (later the Texas and Southwestern Cattle Raisers Association).

© 2021 North Texas Real Estate Information Systems, Inc. All Rights Reserved.
We do not independently verify the currency, completeness, accuracy or authenticity of the data contained herein. The data from NTREIS may be subject to transcription and transmission errors. Accordingly, the data is provided on an “as is, as available” basis only.